Are petrol chainsaws “old school”? Is battery power an option? 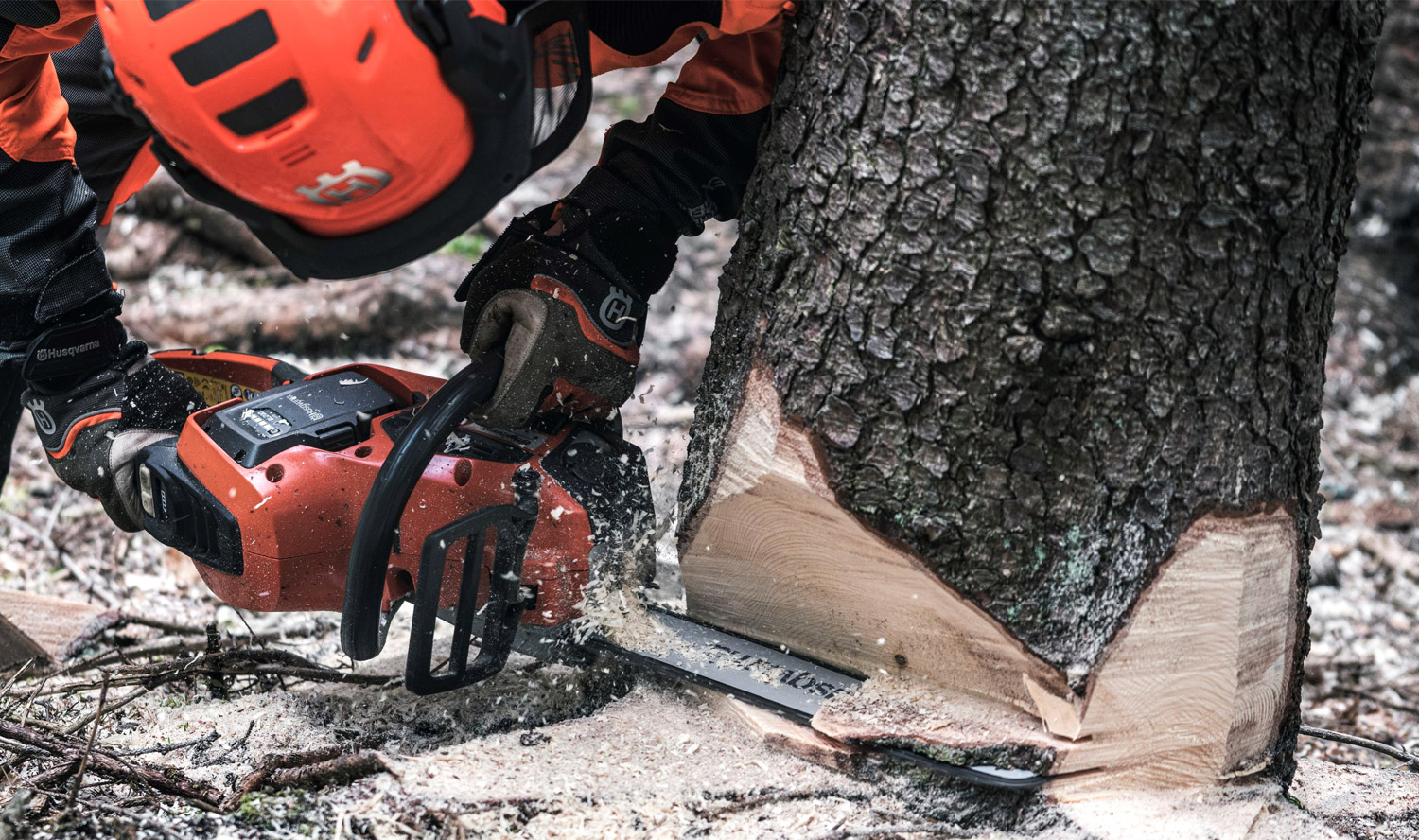 The Husqvarna 540i XP battery-powered professional chainsaw in action.

“With the recent advancements in technology, choosing between the two is now a serious debate,” he says.

Battery power is transforming the way people work. Battery-powered chainsaws, brushcutters, hedge trimmers and blowers, once thought to be too underpowered, are becoming the equipment of choice for forestry workers, groundskeepers, farmers and landscapers.

Smuts says safety, convenience and cost efficiencies are potent reasons for making power tools purchasing decisions. “Our battery products are more than just a replacement for your old petrol-operated equipment. They’re an upgrade.”

The advantages of batteries over petrol include:

The main benefit of fully electrical power equipment such as Husqvarna’s battery series is the low noise levels. Heavy-duty petrol-powered chainsaws are loud, and their noise can vary between 100 and 120dB. Without proper hearing protection running a petrol chainsaw for only two minutes can cause hearing loss.

Smuts says battery-power whispers in at 65 to 83 decibels. Sound up to 85dB is considered safe. However, hearing protection is essential for forestry chainsaw operators because the sound increases when the saw cuts into the stems.

The T540i XP weighs 2.5kg without battery, chain oil and cutting equipment. Its power is equivalent to a 40cc petrol chainsaw.

“We are often asked if petrol-operated equipment is more powerful than the battery counterparts. The short answer is yes,” Smuts says.

“There is a power discrepancy, and Husqvarna’s petrol tools remain the best choice for heavy jobs.”

He explains that battery power is the smarter way to power through everyday tasks. “Lithium-ion batteries deliver a new level of performance and dependable power. They are a reliable power source with extensive and impressive run times and minimal charge times. The tools are tough enough to handle most jobs.”

Battery products provide improved safety by eliminating the need for fuel mixing and filling and on-site storage. “There is no need to teach chainsaw crews how to mix and handle fuel properly. There’s no engine oil, so there’s less chance of burning up an engine, and there’s also no tugging away with recoil starts,” Smuts explains.

Battery power is clean, and operators are exposed to less noise, fewer emissions and considerably less vibration. Battery tools are more comfortable to use all day and reduce the risk of health issues such as hand-arm-vibration syndrome.

More ergonomic, battery-powered tools are easier to operate. They start instantly, which allows crews to get their jobs done efficiently. “It’s a case of ‘charge and go’ at the press of a button,” he says.

Batteries are easy to switch out on-site, resulting in less downtime. Because Husqvarna’s batteries fit a range of tools, they are interchangeable between brushcutters, blowers, chainsaws and even lawnmowers. 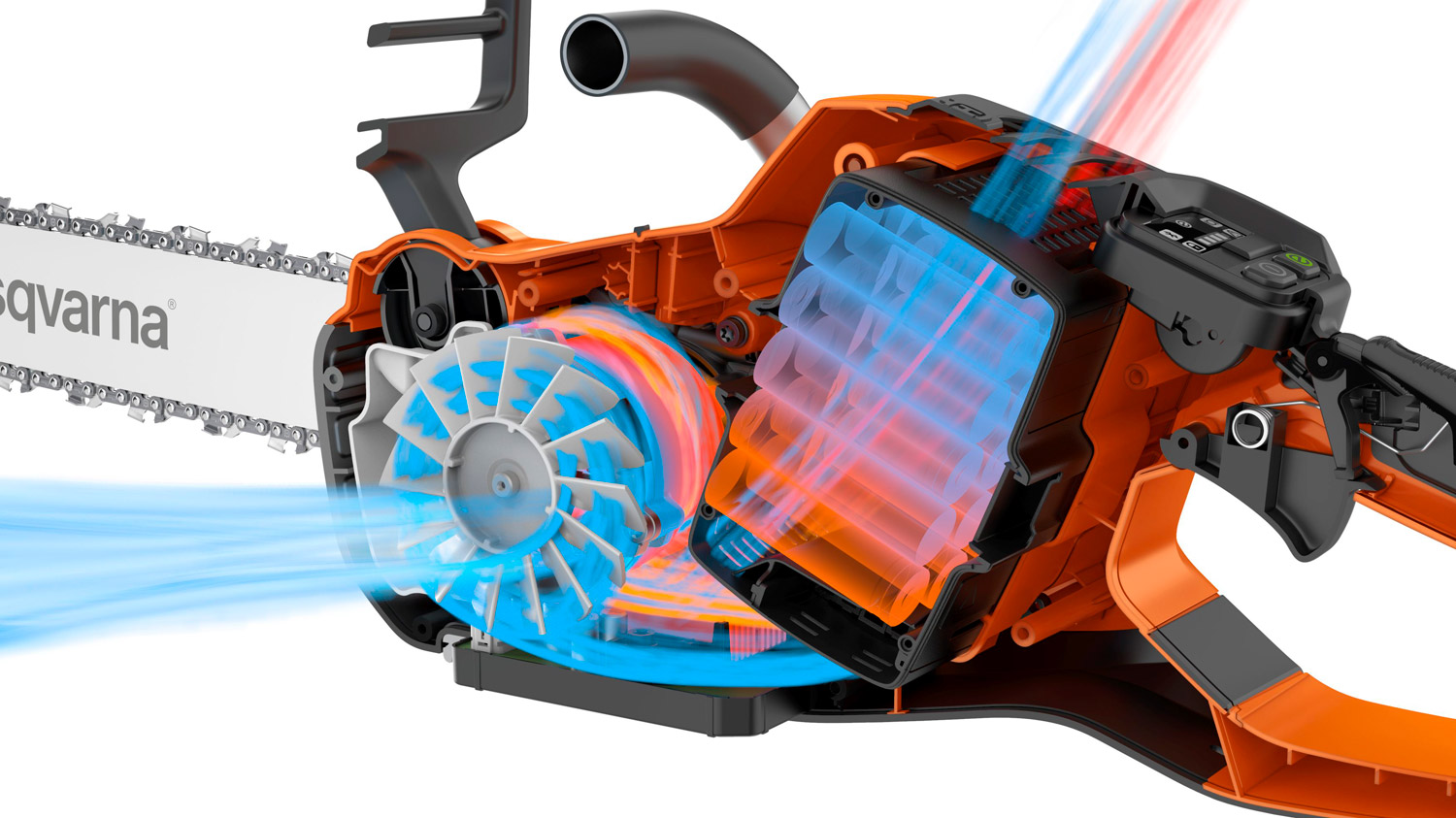 The rear handle 540i XP and top handle T540i XP have an efficient battery cooling system. Both saws are light-weight and weather resistant.

Ultimately, Smuts says, battery products are good for your bank balance. “After the initial investment, the running costs are incredibly low because electricity is significantly cheaper than petrol.

“You will also save on maintenance as there are fewer moving parts, no need to change filters, oil or spark plugs and fewer adjustments. Less downtime and spending on chainsaw consumables result in significant savings, particularly in the case of chainsaw teams.”

Smuts says these factors make a compelling business case favouring battery power. Many professionals opt for “charge and go” to benefit from lower emissions, noise, and vibration and increased safety while reducing costs.

“Battery vs petrol? The choice remains in the hands of the user and what best suits their needs and working environment.”